« Shaken: Journey into the Mind of a Parkinson’s Patient
The Burning Bush: Helping Clergy Fuel Their Calling Without Getting Burned » 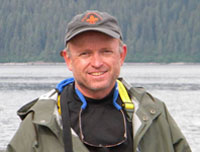 What does it mean to embark on a worthy quest and return whole in spirit, whole in learning and whole in relation to community?  In a time when our society faces multi-causal, deeply interrelated crises on almost every front – spiritual, economic, ecological and social – what is the significance for the United States of this learning, early in its third century?  What is asked of us as boundary crossing leaders? We’ll explore this inquiry while ‘journeying with the other’ on the Abraham Path (Masar Ibrahim Al Khalil) and via the advancing the distributed healthy/ sustainable/ livable/ whole communities movement – with a special focus on food systems and related co-benefit strategies that return to the multiple forms of capital.

Tyler Norris is a social entrepreneur and a trusted advisor to philanthropies, health systems, governments, and collaborative partnerships working to improve the health of people and places.

His three decades of service in the public, private and non-profit sectors have included work with over 350 communities, in every state, and with scores of organizations in the United States and around the world.  Currently, he serves as a Senior Advisor to Kaiser Permanente, the nation’s leading integrated care delivery system, and as a Senior Fellow of the Public Health Institute (CA). He also designed, and is in his 8th year as “Head Coach” of the YMCA’s award-winning Pioneering Healthier Communities initiative (150 sites) funded by the Robert Wood Johnson Foundation and the Centers for Disease Control & Prevention. He serves on numerous social-venture boards including Advancing The Movement, and Food Commons.

Previously, Tyler served as founding director of the national “Convergence Partnership,” a collaboration of leading US, philanthropies, health providers, and the CDC.  He served as 5-year founding co-Chair of the W.K. Kellogg Foundation’s National Leadership Alliance, and was 5-year founding NAC Chair of the Robert Wood Johnson Foundation’s Active Living by Design initiative. Tyler is also a long-time Fellow of the prestigious Estes Park Institute.  During 2007-2008, Tyler shifted his attention to the Middle East, serving for 2 years as founding director of the Abraham Path Initiative an international NGO formed at Harvard, opening a route of cultural discovery across 11 nations.

In 1995, Tyler co-founded Community Initiatives, serving for a decade as president of this national healthy communities advancement firm and social venture incubator dedicated to improving population health outcomes.  Among many projects, CI created Workforce Engage™, a healthcare technology startup that was later sold to a quality improvement firm.  In the early 1990’s, Tyler co-founded the Kuhiston Foundation in Dushanbe, Tajikistan – an organization that helped start that nation’s national park system and wrote its laws governing international NGO’s. During this same period, he served for five years as head of consulting services at the National Civic League, as well as Director of the U.S. Coalition for Healthier Cities & Communities – a network of hundreds of community partnerships, organizations, companies and government agencies.

He is a parent of two teens, a Master of Divinity candidate at Naropa University (Fall 2011), an avid mountain biker, backcountry skier and a pilot with 2,300 hours.