Shaken: Journey into the Mind of a Parkinson’s Patient 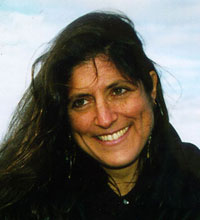 The award-winning documentary, SHAKEN: Journey into the Mind of a Parkinson’s Patient, follows Paul Schroder, a young man who graduated at the top of his class in electrical engineering, and then was diagnosed with Parkinson’s disease. After a decade of being on medication and growing increasingly debilitated, he decides that radical brain surgery is preferable to sitting on the couch like a vegetable for the rest of his life. While Paul lies awake on the operating table, doctors implant electrodes in his brain and a neurostimulation device underneath his collarbone. The results of this electrifying surgery are mysterious, miraculous and bittersweet. The film has screened nationwide on public television, and has won numerous film festival awards as well as a Telly Award, a Communicator Award, and a Cine Golden Eagle Award.
Following the screening, local filmmaker Deborah Fryer will lead a discussion about the film.

Deborah Fryer received her PhD in Comparative Literature and Classics from Princeton University in 1993. In 1994, she made a career change to being a documentary filmmaker. Over the past 17 years Deborah has researched, written, produced, directed, filmed and/or edited numerous documentary films, educational videos and short pieces for the web. Her work has been broadcast on PBS, Nova, Frontline, MSNBC, History Channels and the Discovery Channel. When not in the field or in the edit room, Deborah can be found on her yoga mat or hiking in the foothills of Boulder with her dog, Lila.

SHAKEN: Journey into the Mind of a Parkinson’s Patient is her first independent film, and it was truly a labor of love for all those living with Parkinson’s disease.