« Healthy, Wealthy and Wise: Contemplative Intelligence and the 3rd American Century
Reason to Hope: At the Turning Point in Our Evolution »

The Burning Bush: Helping Clergy Fuel Their Calling Without Getting Burned 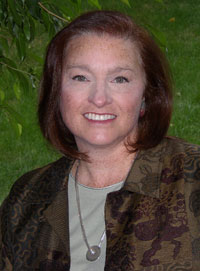 Clergy are just regular people, with regular issues, concerns, illnesses, hopes, and dreams. But they have an unusual calling that can be phenomenally rewarding and life-giving, and their boss is “out of this world.” However they work for an organization that is known as much for its hypocrisy as for its charity. So who cares for the clergy? How do they fuel and nurture their passion and calling, without getting burned out and falling to temptation within the crazy mix of power and criticism? Using Moses and his story as a starting point, join us as we talk about clergy wellness in today’s world.

Rev. Elizabeth Denham Thompson is the owner and principal with Eremos Consulting Group in Denver. Eremos – which is Greek for “wilderness” – provides congregations and clergy with an experienced, discerning and wise guide to facilitate transformation of their wilderness experience. Whether organizational or personal – spiritual, vocational, or psychological – Elizabeth helps leaders and clergy, congregations & nonprofit organizations throughout Colorado understand the complexity of their “wilderness” and facilitate an experience of the sacred so that they are able to renew their sense of calling and mission, and can get on with the work and the journey ahead.

Elizabeth is a native of Texas and is a PK (preacher’s kid). She was born in Houston, grew up in Austin, and lived in Waco and San Antonio during her college and early career days. She graduated from Baylor University with a B.S. in Education, and later moved with her husband, Phil, to Birmingham, Alabama where they lived for fourteen years prior to moving to Denver in 2000. While in Birmingham she received a Masters of Divinity degree from Beeson Divinity School at Samford University, and partially completed a doctoral program in Pastoral Counseling at Columbia Theological Seminary in Atlanta, Georgia.

Elizabeth’s early career was in the areas of public relations, marketing, and fundraising. She worked for city government, advertising and public relations agencies, a computer company, and a non-profit medical research agency. In 1988, she began pursuing a call to the ministry, and was ordained in 1991. Currently she, along with her three siblings, are all ordained ministers serving different denominations. She worked as a chaplain in three hospitals covering a variety of services including kidney dialysis, neonatal intensive care, labor & delivery, bone marrow transplantation, and emergency room response. She trained as a pastoral counselor and Marriage & Family therapist, and pursued doctoral work with a special emphasis in pastoral counseling. In 2000 they moved to Denver for her to become executive director of CENTUS Counseling, Consulting and Education, and as Director of Education for the national office of the Samaritan Institute. Elizabeth also served as an adjunct faculty member at Iliff Seminary in 2001-02, and has worked within the interfaith community. She is a graduate of Leadership Denver class of ‘03, sponsored by the Denver Metro Chamber of Commerce.

Elizabeth is a Fellow in the American Association of Pastoral Counselors and is a Licensed Marriage and Family Therapist in Colorado. She is the co-author of “Web of Care: Congregational Lay Care Training” which is a training program and manual for laity providing pastoral care in theologically progressive congregations.

Currently her husband, Phil, works in healthcare administration for Children’s Hospital. They live in Littleton and have two adult children, James and Rebecca. Personal interests and hobbies include reading, music, swimming, occasional gardening, and involvement with her family’s activities.