« Peace Through Conflict: The Essential Role of Conflict in Search for Peace
To Form Is To Transform: Art As a Therapeutic Process for Ascending and Descending »

We Can’t Afford Not to Fix the Health Care System 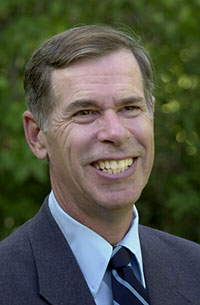 There are almost 44 million Americans without health insurance today and approximately another 40 million who are under insured.  This means that far too many suffer unnecessarily because of their inability to afford timely health care.  How can the richest country in the world allow this?

Ron Forthofer’s Presentation: Dr. Forthofer will consider this question as part of his overview of our current health care ‘system’.  He will also report on health outcomes in other nations to provide a context for examining the performance of the US system.  The session will close with a discussion of what features we would like in a health care system and consider one approach that can deliver affordable and comprehensive (medically necessary) health care for all of us.

Ivan Miller’s Presentation: In order to fix the health care system mess, we need an idea that is acceptable to both ends of the political spectrum, saves money, and offers health care security for all. Based on his experience in health care delivery, patient advocacy, and health care reform efforts, Dr. Miller began searching for innovative solutions. He has developed a proposal, Balanced Choice Health Care, that offers both single payer and free market advocates most of what they want. This proposal costs less than is currently being spent on health care because it makes insurance obsolete. He was one of the finalists in the O’Connor Report, “Build an American Health Care System” Contest in October 2003. Now, he is in the process writing a book about Balanced Choice, Curing the United States Health Care System: A New Prescription for a Better Future. Dr. Miller will explain his proposal and discuss how it can be used to form a coalition of consumers, providers and employers to fix the health care system. 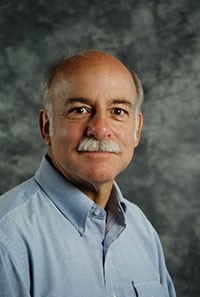 Dr. Ivan Miller, a psychologist in private practice in Boulder, Colorado, has a diverse background in health care reform. He spent 15 years working in the public mental health system; promotes working outside of managed care in his role as President of the Boulder Psychotherapists Guild, Inc., a group of 72 psychotherapists; has advocated for reform as past Executive Director of the National Coalition of Mental Health Professionals and Consumers, Inc.; is a consumer advocate in his role as Chair of the Board of the Colorado Patient Advocate, which helps consumers resolve problems with managed care; and is active in psychology as the Chair of the American Psychological Association Interdivisional Task Force on Managed Care and Health Policy. His work has included an examination of health care economics, and while on an American Psychological Association committee, writing guidelines for evaluating evidence based medicine. As a result of this diverse overview of health care, he has become convinced that a new model is needed to solve the problems in the health care systems in the United States.

For more information on single-payer reform of the US health care ‘system’:
Physicians for a National Health Program
www.pnhp.org.

Complete information on H.R.676, the single-payer bill introduced by John Conyers:
The Library of Congress
http://thomas.loc.gov/

Information about the Balanced Choice proposal is available at the website www.BalancedChoiceHealthCare.com