« Enneagram: Antidote to Obsession
We Can’t Afford Not to Fix the Health Care System »

Peace Through Conflict: The Essential Role of Conflict in Search for Peace 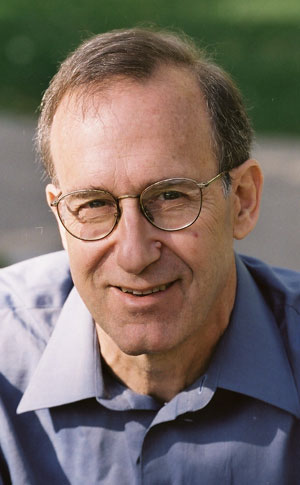 Issues of conflict are at the root of what many of us deal with in our professional work, not to mention our personal lives. As therapists, counselors, pastoral counselors, educators, managers, advocates, or community activists, helping people deal with conflict constructively is an essential part of our task. Yet all of us have a natural desire to avoid conflict as well. One of the ways in which we do this is to focus on quickly settling a dispute, but effective work on conflict often requires that we engage more completely with a conflict before we focus on resolving or ending it. I will discuss how our thinking and approach to conflict sometimes limit our ability to help people through conflict because of our fixation on resolution. I will do this from the vantage point of a mediator. I will try to apply this thinking across a broad range of conflicts ranging from interpersonal to international.

Bernard Mayer, Ph.D., Partner at CDR Associates, is an internationally-recognized leader in the field of conflict resolution. Bernie has facilitated many complex and highly controversial environmental conflicts, commercial and organizational disputes, interpersonal conflicts, planning and development issues, public decision-making processes, and has an extensive background in family mediation as well.

He has provided consultation, mediation, facilitation and training for many federal, state and local agencies including the U.S. EPA, the Departments of the Interior, Defense, Health and Human Services, Labor, Agriculture and Homeland Security, as well as for numerous governmental departments and agencies in Canada and various provincial and state governments.

He has mediated disputes among governmental agencies and corporations about shared infrastructure, and disputes between Native American governments, other governmental entities, and private corporations. He has designed, consulted and assisted in the implementation of dispute resolution procedures for Federal and state agencies in the area of employment discrimination, contract disputes, and grievances.

Bernie is also recognized for his innovative work in developing conflict resolution programs in human services, child welfare, and mental health and has consulted many state and provincial agencies and court systems in this area.

Bernie has extensive international experience as well, having provided conflict resolution services in Eastern Europe, the Balkans, Indonesia, Australia, New Zealand, Canada and many other countries. From 1994 through 1998, he worked extensively in Bulgaria on the Multi-Cultural Cooperation Project, a program to deal with ethnic tensions and promote constructive relationships among Bulgaria’s different ethnic groups.

He was awarded his Ph.D. from the University of Denver, Graduate School of Social Work, with an emphasis on conflict resolution, in 1987. He holds an M.S.W. (1970) from Columbia University, where he studied psychiatric social work and community organizing, and a B.A. (1968) from Oberlin College, graduating with honors, with a major in European and Asian history.

Bernie has served on the Board of the Association for Conflict Resolution and the Academy of Family Mediators, and is the past president of the Colorado Chapter of the National Association of Social Workers.