« Responding to Socially Induced Suffering
Interface Community Dialogue: “Dire Overwhelm” – How do we ever find balance? »

The Good Samaritan and His Genes 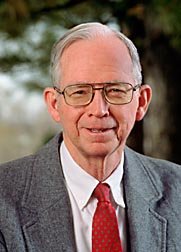 The Good Samaritan has classically been praised as a role model of unselfish behavior, good neighbor to those in need, embodying compassion and solidarity with victims of injustice, the kind of ethical behavior that makes good social community possible. Recent sociobiological accounts reinterpret his behavior as implicitly self-interested, achieving status that increases the Samaritan’s adapted fit. This also interprets the Samaritan as operating under a necessary illusion, with his genetic imperatives veiled from him, from those he aids, and those who praise and emulate his behavior. Enlarged to an interpretive paradigm, ethics is “an illusion fobbed off on us by our genes to get us to cooperate” (Michael Ruse, E. O. Wilson), with such behavior naturally selected favoring the individual within his tribe, and his tribe over other tribes. If so, what ought a “wised up” Samaritan to do? Does an on-going communitarian ethic require an on-going mythology?

An alternative account agrees that the Good Samaritan is acting in his own interests as well as that of the victim, since he is building a world in which he is less likely to be harmed. He is a role model of helping, and if others follow him, they will together all be benefited. The Samaritan and the victim have interests in common; solidarity benefits both. If so, however, there is no differential genetic benefit to the Samaritan. At this point biological accounts approach the Golden Rule.

Dr. Holmes Rolston is a world-renowned lecturer, author, and acknowledged father of contemporary environmental ethics. His philosophical studies–including the books Science and Religion, Philosophy Gone Wild, and Biology, Ethics and the Origins of Life–explore and attempt to bridge the divide between theology and the sciences.

Rolston was the first American to give Scotland’s Gifford Lectures, which are widely considered the most prestigious in the world. His series on “Genes, Genesis, and God,” dealt with the question of genetic creativity over evolutionary history and its relationship to human cultural creativity, especially in science, ethics, and religion.