« Rebuilding After Ethnic Cleansing: Peace & Reconciliation Effort by Sudanese Refugees
LEAP: What Will We Do with the Rest of our Lives? »

Monsters to Destroy: The Bush Administration’s War on Terror and Sin 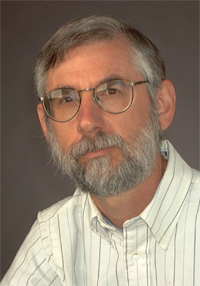 The roots of the Bush administration’s war on terrorism go back to the 1960s, when neoconservatives began their fight against radical cultural trends that they claimed were undermining America’s moral virtue. George W. Bush has waged the same fight, presenting himself as the champion of virtue against “secular humanism” and sin. On September 11, 2001, Bush and his neoconservative advisors took their familiar story of American virtue against sin and applied it on a global scale. The name of the enemy changed, but the idea of a crusade against “evildoers” remained the same. The discussion will explore the “war on terrorism” from this perspective and ask why it has such powerful appeal to the American public, even if the administration’s policies are actually making the nation less secure. Does the real source of terror lie not in foreign lands but within our own society and our own lives?

Prof. Chernus received his Ph.D. in Religion from Temple University. He has taught in the Religious Studies Department at the University of Colorado at Boulder for 30 years and has also served as Co-Director of the CU Peace and Conflict Studies Department. Nationally, he was co-chair of the Religion, War, and Peace Group of the American Academy of Religion. His research deals with American policies and public attitudes toward issues of war, peace, nationalism, and foreign affairs, showing how religious traditions and influences affect secular life. He has published extensively in this area, with a special focus on the era of the cold war and the nuclear age. In his most recent book, Monsters to Destroy: The Neoconservative War on Terror and Sin, he looks at the Bush administration and the U.S. response to the 9/11attack. Prof. Chernus also teaches and writes on nonviolence, including the book American Nonviolence: The History of an Idea. In addition to his academic work, he is a commentator on current affairs. His writings appear regularly on the website www.commondreams.org and he can be heard every other Thursday morning with commentary on the Boulder/Denver community radio station KGNU.