« Monsters to Destroy: The Bush Administration’s War on Terror and Sin
The Roots of Violence and Force in the World Today: Where Does the UN Fit In? »

LEAP: What Will We Do with the Rest of our Lives? 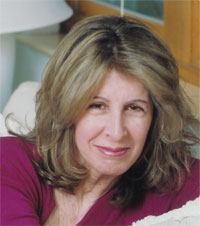 As we get older, everyone must go through the narrows—the transition to a different phase of life—when many of us get stripped of our identity or are forced to redefine career, love, and what matters most. In the physical realm, maybe your knees or hips wear down, or you find you can’t drink as much and stay out as late without paying. You’re compelled to shift gears, and you won’t come out unchanged. Like the insect in the cocoon, you’ll be turned to soup and reforged, but it won’t be sudden and complete like the butterfly emerging with new wings. This morphosis is ongoing.

I’ll give you a summary of what I’ve learned in four years of research, interviewing more than 150 people who are grappling with the question: What’s the next part of life about? After you’ve raised your children and made a contribution in a field, what do you do with the next 20 or 30 years—a life stage that did not exist before? How do we move ahead with grace and purpose, take risks, laugh and love without condition, be provocative and gain some serenity and understanding of what our time—and our cohort’s—has meant?

I’m determined to learn how to do the next phase well, and eager to share ideas with you.

Sara Davidson first captured America’s imagination with her international best seller, Loose Change, about three women growing up in the Sixties.  In her many articles, books and TV shows, she’s earned the reputation as a social observer who writes cutting edge pieces about the way we live.

Her books include:  Cowboy, Loose Change, Real Property, Friends of the Opposite Sex, Rock Hudson,and her new book, LEAP: What Will We do with the Rest of Life? will be published by Random House in February.

For 25 years, she created and produced shows for T.V.  She was co-executive producer of the C.B.S. hit series,Dr. Quinn, Medicine Woman, and created the ABC series Jack and Mike and Heart Beat.

Davidson has written for the New York Times Magazine, Esquire, Harper’s, the Atlantic, Rolling Stone, and is a contributing editor of O, the Oprah Winfrey Magazine.  She was one of the group who developed the craft of literary journalism, combining the techniques of fiction with rigorous reporting to bring real events and people to life.