« Facing Our Fallacies: An exploration of what happens when good people allow fallacious thinking to bias their reasoning, coarsen their conversations, and otherwise deprive them of good humor
Children For Sale: Free A Child’s Programs to Stop Prostitution & Slavery in Nepal & the USA » 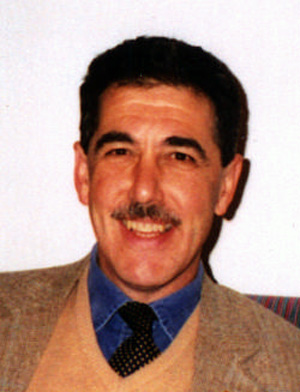 Mr. Karelis will make a presentation of the work of the Shambhala Prison Community, and invite dialogue with the audience following his presentation.

William Karelis: After graduation with a bachelor’s degree with High Honors from Harvard College in 1969, Mr. Karelis spent four years traveling the world, during which time he developed a lifelong interest in Buddhist teaching and practice. He served as Vice President of the Allen Shoe Company in Massachusetts from 1975 until the sale of the business in 1991. He attended the Vajradhatu Seminary in 1978. Around that time was asked to begin to give meditation instruction and to present Buddhist teachings under the guidance and auspices of Shambhala International, founded by the great meditation master and scholar, Chogyam Trungpa Rinpoche, who was his root teacher. Mr. Karelis coordinated the Boston Dharmadhatu from 1977 to 1983; during this period the Center purchased its meditation center. In 1983, he relocated to Boulder, Colorado, to serve first as Asst. CFO and later as CFO for Shambhala International, an association of Buddhist churches and educational programs with 250 worldwide centers. He served on the Shambhala International Board for five years.

Following the death of his teacher in 1987, Mr. Karelis spent much of the next eight years on solitary and group retreat. In 1991 he helped to found and maintain the Himalayan Medical Foundation, providing medical care to the local populations through eleven medical clinics in India and Nepal. Mr. Karelis began to present meditation seminars widely in 1994, traveling to five continents and visiting approximately sixty cities, most of them more than once, during the ensuring ten years.

He began to work with prison inmates in 1993. In 1996 he founded the Shambhala Prison Community (SPC), an educational foundation dedicated to uplifting all segments of the world of criminal justice and incarceration through the path of individual members of that subset of society. This prison work has as its center pole the sitting practice of meditation, which is not regarded as a religious act, but a human act of gentleness and honesty in learning to get to know oneself and to open to the world. Since 1996, the SPC has helped to initiate meditation groups in over forty-five prisons in the United States; it also currently maintains correspondence with about 300 prison inmates, and a correspondence course with about 100, and a program of of about $10,000 (retail value) of book and magazine donations to prisons per annum. Mr. Karelis lives with his wife in Boulder, Colorado.

The Shambhala Prison Community website address is: www.shambhalaprisoncommunity.org.
The website includes the SPC statement of purpose, a description of recent activities, and the art and writings of prison inmates.

The SPC publishes an annual newsletter called the “Milarepa Journal”. Margot Neuman, Vice President, has published a book of prison correspondence, entitled “Confusion is the Ground of Wisdom,” which is sent as a thank you for donors of $108.00 or more. Annual membership in the SPC is $36.00. Donation may be made to the SPC via credit on-line at the website, or via bank check sent through the U.S. mail.