« Soul to Body: Helping Clients to Repair Their Earliest Influences
What Do You Do With the Body? Cremation, Burial and Other Methods of Disposition »

To Serve Allah in a Foreign Land: Muslims in North America Today 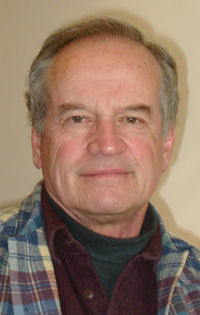 A survey of basic issues, values, beliefs, practices and prospects that challenge, support, offend but also sometimes comfort and gratify Muslims living in Canada and the United States.

Frederick Mathewson Denny, Ph.D., is Professor Emeritus of Islamic Studies and the History of Religions at the University of Colorado at Boulder. An alumnus of the College of William and Mary and Andover Newton Theological School, he also holds the M.A. and Ph.D. from the University of Chicago and has previously held teaching appointments at Colby-Sawyer College, Yale College and the University of Virginia. He has conducted field research on Qur’anic recitation, Muslim popular ritual, and the characteristics of contemporary Muslim societies in Egypt, Indonesia, Malaysia, Pakistan and North America. His current research interests include Muslim human rights discourses, as well as Islamic law and Muslim practices relating to contemporary water stewardship. He has served on the editorial boards of the journals Teaching Theology and Religion, The Muslim World, Studies in Contemporary Islam, The Journal of Islamic Law and Culture and the Journal of Ritual Studies. In addition to many scholarly articles and book chapters on Islam-related topics, his major publications include a widely utilized college level textbook, An Introduction to Islam (3rd ed. Pearson Prentice Hall, 2005) and several edited volumes. He is founding editor, since 1985, of the scholarly book series “Studies in Comparative Religion” at the University of South Carolina Press with more than thirty titles to date. He was lead editor for the second edition of Atlas of the World’s Religions (Oxford University Press, 2007), succeeding the late Ninian Smart, who edited the first edition (1999). Denny served for eleven years on the Board of Directors of the American Academy of Religion.

In addition to his scholarly activities, Denny is active in musical organizations, including singing in the chorus and serving on the Board of the Boulder Bach Festival (now in its 28th year), playing in the Colorado Recorder Orchestra (an early music ensemble) and an oompah brass band in the lovely little town of Niwot, outside Boulder (trombone section). He is also active, with his wife Alix, as a member of Boulder Valley Unitarian Universalist Fellowship in Lafayette.