« Where Politics and Psychology Meet: Citizenship as Spiritual Practice
From Checklists to Dance Lessons: Moving Healthcare From Reform to Renewal » 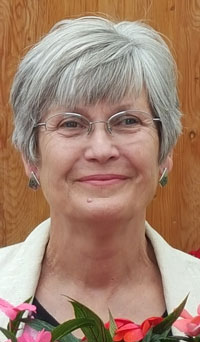 Join Carol O’Dowd for her discussion of tips for finding freedom, no matter where we are. She will introduce briefly Jodo Shinshu or Shin Buddhism which is a form of Pure Land Buddhism started in Japan in the 12th century by Shinran Shonin. Shin Buddhism offers simple practices that support us with starting the day with a smile, shaking hands with Life, and finding a bounce in our step, even when dwelling in the midst of hell.

She will introduce one of these practices, Naikan or “looking inside”, which has become mainstream in America both as a therapy and a journaling practice. Naikan has been used for more than 40 years in Japanese prisons. Researchers credit the use of Naikan as the reason for the low recidivism rate in Japan. Hear stories of how Naikan added smiles to prisoners in Indonesia. Carol will review how Naikan helped her use an attitude of gratitude as part of her efforts to get her son released from a foreign jail. Stay for the Q & A to experience an exercise of reflecting inward and test how it can be used to create a path outward, a path to freedom.

Carol O’Dowd, MPA, M.Div., MI has a varied career in community service. Here work as minister included serving as Head Minister at the Longmont Buddhist Temple and as an Assistant Minister with Tri-State Denver Buddhist Temple from 2003 to 2016. Prior to that and during her Buddhist training she serve as an Education Director, Board member and Officer of the Denver Buddhist Women’s Association from 1990 to 2000. She completed her Masters of Divinity in 2005, obtained Tokudo (ordination) in 2006 and was awarded Kyoshi (certification of ordination) by the Buddhist Churches of America and the Jodo Shinshu Hongwanji-ha of Japan in 2007. In addition to service as a Buddhist educator and minister, Carol completed training in Japanese psychology, Applied Existential Psychology and counseling. She has been a Registered Psychotherapist in Colorado since 2012..

She has been speaker for sessions at Temples and churches as well as universities, school districts, health entities and associations in the United States, Indonesia and Thailand. In 2009 she received the international award, Outstanding Women in Buddhism in Thailand and was invited back to serve as MC and session leader in 2010.  Her work sharing across cultures includes being a volunteer hospital chaplain as well as founder of a Neighborhood Chaplain program for a county social services agency. As a spiritual counselor she offers Naikan, a Shin Buddhist inspired therapy, and did so in an Indonesian prison in 2015.

Her experience in Indonesia getting her son released from a foreign prison has inspired her to start writing a book on how to tear down prison walls. Providing spiritual counseling, leading Buddhist services and offering training inside the Kerobokan Prison, has motivated her to start the Center for Connected Communities, a non-profit committed to sharing healing wisdoms across cultures and time. It is consistent with her efforts as President of the Colorado Association of Psychotherapists to maintain public access to the many traditions of psychotherapy and counseling, including those founded in ancient wisdoms. Carol enjoys combining eastern and western philosophies to address modern issues.

Carol O’Dowd is an international speaker and author of numerous articles and training material. Her book on How to Tear Down Prison Walls will be out next year. Carol has been an invited speaker or workshop leader for associations, organizations and agencies nationally and internationally. She combines eastern and western methods for the modern workplace to reduce stress, improve productivity and build successful collaborative ventures.  She has received local, state, national and international awards for community partnership work as well as her service as a former city manager of three US cities and as a Buddhist minister.