« Clergy Sexual Abuse: Realities & What is Needed
Earth and Spirit: Engaging with Nature as a Pathway to Insight » 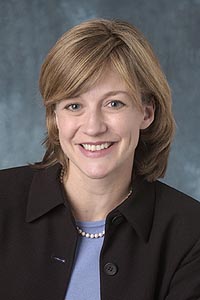 The local priest or pastor might not like being upstaged by Keanu Reeves. But to teenagers, films and television programs such as The Matrix: Reloaded, Harry Potter, and the recently-concluded Buffy the Vampire Slayer series may offer deeper opportunities for spiritual reflection than conventional churches, according to Lynn Schofield Clark, author of “From Angels to Aliens: Teenagers, the Media, and the Supernatural”.

Television programs and films that raise intriguing questions about the realm beyond – especially things that remain unexplained by science – become particularly interesting in the current situation, when an increasing number of young people grow up with little or no experience with formal religion. Research grounded in in-depth interviews with teens and their families enables Clark to offer insights into how the entertainment media are playing a role in shaping contemporary ideas that in turn shape cultural practices and institutions.

Lynn Schofield Clark, Ph.D., is Assistant Research Professor at the University of Colorado’s School of Journalism and Mass Communication, Director of the Teens and the New Media @ Home Project, and author of From Angels to Aliens: Teenagers, the Media, and the Supernatural (Oxford University Press, 2003), and is co-author of Media, Home, and the Family (Routledge University Press, 2003). A former television producer and marketing professional, Clark has volunteered with young people in various capacities for almost two decades.