« Reason to Hope: At the Turning Point in Our Evolution
Safe Harbor: A Spiritual Refuge for the Mentally Ill » 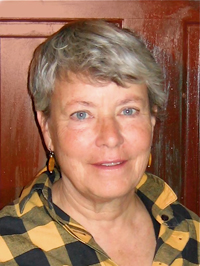 What is the role of a human rights NGO, or an individual committed to basic human rights for all, in a situation seemingly requiring military intervention in a humanitarian crisis?

Since the utter failure of the NGO community and perhaps the United Nations apparatus to deal with the genocide in Rwanda and its aftermath, human rights organizations, peace groups, boosters of civil society, and individuals have failed to articulate a plan, a position, a role for themselves, while nation states wrestle with humanitarian crises and the inevitable calls for military interventions to halt or shorten them.

I do not come with solutions, and Amnesty International has resorted, in the absence of a clear way forward, to its traditional calls against indiscriminate bombing, disproportionate reaction/response, collateral damage.

I propose we discuss Libya, Rwanda, the former Yugoslavia, and other crises to explore our own positions as citizens, as community leaders, as individuals of goodwill. Let’s also discuss the positions we’d like to see taken by society’s International Non-Governmental Organizations like Amnesty International.