« EMDR and Christian Counseling
Shame: How It Works and How to De-Activate It »

Hardwired: The 10 Major Traits of Women 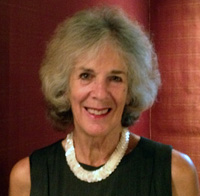 Alexia Parks, co-founder of 56percent.org, will describe what she calls the “New Science” of a woman’s brain. The focus is on the hardwired brain, the brain that is hardwired by evolutionary biology over 100,000 years or more. In her ground-breaking work, she reports on 40-years of research from a dozen different hard and soft sciences including: split brain research, psychology of perception, hormonal research, and both cultural and physical anthropology to show that a women’s brain is literally hardwired by evolution with exactly the traits that are needed in leadership today. Can these feminine traits, proven and documented by many fields of science, bring a shift in conscious to a more compassionate, caring, empathetic world when brought into balance with the masculine.  She says “Yes!” These 10 traits and the science behind them, says Alexia, represent a New School of Thought.

Alexia Parks has been called “One of 50 people who matter most on the Internet” by Newsweek Magazine for her visionary launch of the electronic democracy website,Votelink.com (1995). She has enjoyed life at the leading edge of change for more than 30 years.  She has been a magazine publisher in New York City, Director of Communications for a trade group representing a network of 100 major daily Sunday newspapers, and written for the national desk of The Washington Post. She is also author of 12 books including Hardwired: The 10 Major Traits of Women Hardwired by Evolution That Can Save The World (Amazon). A veteran journalist and Huffington Post blogger, Alexia was the first accredited blogger for the (2007) United Nations Climate Change Conference in Bali.